Abbas Busafwan is keen for us to take pictures of him at his workplace.  He is proud that, despite everything that has happened to him, he has continued to follow his career passion as a journalist.   He takes us around the brightly coloured and impressive studio and tells us of his work, in which he writes for a Lebanese newspaper and Bahraini websites, amongst others.

Abbas resides in a quiet area in London.  He lives with his wife and four young children.  However, his life there has not been smooth.  ‘It has not been easy for me and my family to assimilate to life in a country so different to all that we have ever known.  We never had planned to live here, neither was it our choice.  It has been difficult.’  He is, however, very optimistic.  Abbas believes that the hardest times are behind them now, that things are looking up for them and that his children are much happier now than when they were forced to leave their country.  Moreover, he is optimistic about his country, and believes that the coming years will bring positive change in Bahrain. 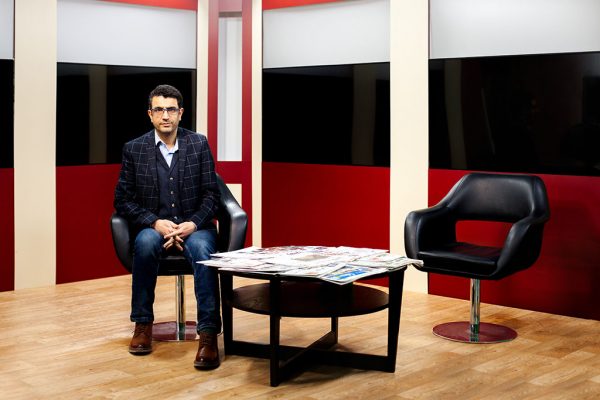 In 2011, Abbas left Bahrain when it became evident that the government was targeting and imprisoning those who were perieved as threats. He feared that journalists would be next. ‘Two of those imprisoned had been killed, and it was clear that anyone who wished to speak in a neutral way about the government, rather than blindly supporting it, would be punished.’

Today, he is no longer able to return.  Because of his work as a journalist, in 2015 he learned that his name was on the second list of individuals whose Bahraini nationality had been stripped.  He paused when telling me this, and then went on to explain to me how angry this had made him feel, even though it was not unexpected. Now though, he just looks hurt.  ‘I saw this as a clear statement from the government, telling me that I was a ‘nothing’.’ 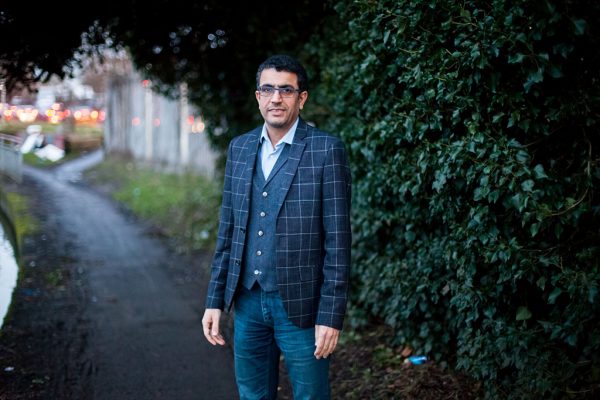 Abbas jokes about how strange he finds fatherhood, and learning to bring up children away from the support of his wider family and from the life he understands.  I sense, throughout our conversation, that he is still not comfortable in the UK.  He appears to feel that living there is a temporary measure and that he will return to Bahrain soon, with his wife and children.

In his eyes – eyes that sparkle when he speaks about his country – he believes the most important changes must be the restoration of a persons right to ‘write, speak and live’.   He is not too keen on being described as stateless.  He maintains that statelessness is just something that is written on a piece of paper.  ‘This word does not dictate my identity, who I am or where my loyalty lies.  And as much as the government tried to make me a foreigner, not belonging anywhere, I remain Bahraini, and this is a sentiment is very much shared by my community back at home.’